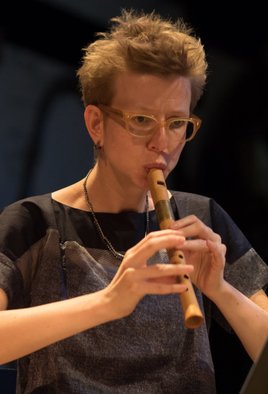 Katelijne Lanneau  was initiated on the recorder by Paul Van Loey in Mechelen. In 1995 she became a laureate of the National Jong Tenuto Contest en in 1998 she won a first prize of the  Axion Classics Contest.